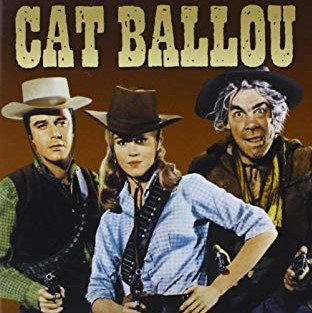 Jane Fonda and Lee Marvin star in this musical comedy-Western with the latter having won an Academy Award for Best Actor.

Young Catherine “Cat” Ballou hires a notorious gunman to protect her father’s ranch. However it is not long before she discovers that the hired gunman is not at all what she had expected.