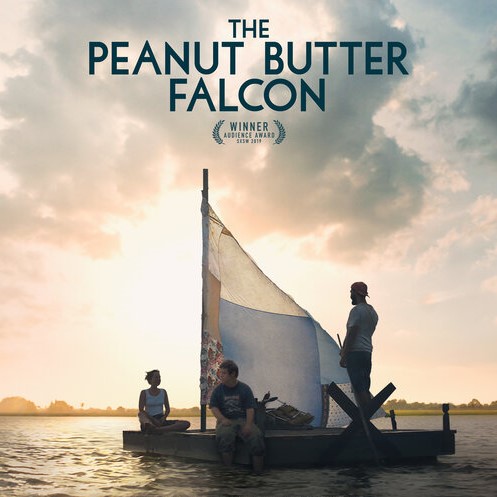 This is a relaxed screening suitable for people with learning or physical difficulties, Dementia, their carers and families as well as anybody else who would like to join.

In order to create a relaxed environment we will have no trailers/pre-film adverts, our house lights will be on for the duration of the film and the volume will be a little lower than our usual levels.

The Peanut Butter Falcon tells the story of Zak (newcomer Zack Gottsagen), a young man with Down Syndrome, who runs away from a residential nursing home to follow his dream of attending the professional wrestling school of his idol, The Salt Water Redneck (Thomas Haden Church).

A strange turn of events pairs him on the road with Tyler (Shia LaBeouf), a small time outlaw on the run, who becomes Zak’s unlikely coach and ally. Together they wind through deltas and convince Eleanor (Dakota Johnson), a kind nursing home employee charged with Zak’s return, to join them on their journey.

“This is LaBeouf at his best, stripped down to his bare elements and bookended by two luminous performances from Gottsagen and Johnson” EMPIRE ★★★★