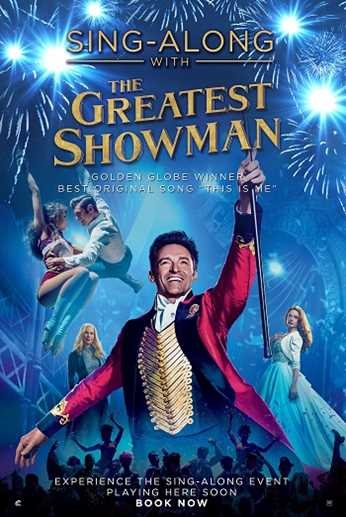 Ladies and gents this is the moment you’ve waited for…

The Greatest Showman is the feelgood musical that’s taken the nation by storm.

Sing your heart out to The Greatest Show, This is Me, Rewrite the Stars and other hits.

Inspired by the real life of P.T. Barnum (Hugh Jackman), The Greatest Showman celebrates show business – and all the ups and downs that come with it.