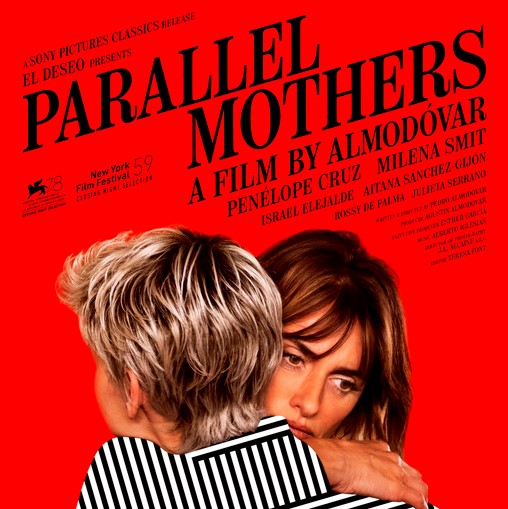 Penélope Cruz and Milena Smit star in Parallel Mothers as Janis and Ana, two women who meet in a hospital where they are about to give birth. Both are single and became pregnant by accident.

Janis is middle-aged, has no regrets and is exultant. The other, Ana, an adolescent, is scared and repentant. Janis tries to encourage her as they move like sleepwalkers through the hospital corridors.

The few words they exchange in these hours will create a very close link between them, which by chance will develop and complicate, changing their lives in a decisive way.

“It’s Cruz who sets the tone, with a performance that radiates warmth and is refreshingly forgiving of her character’s flaws. She has never been better”

“Both naughty and knotty, it ranks alongside Almodóvar’s best work”