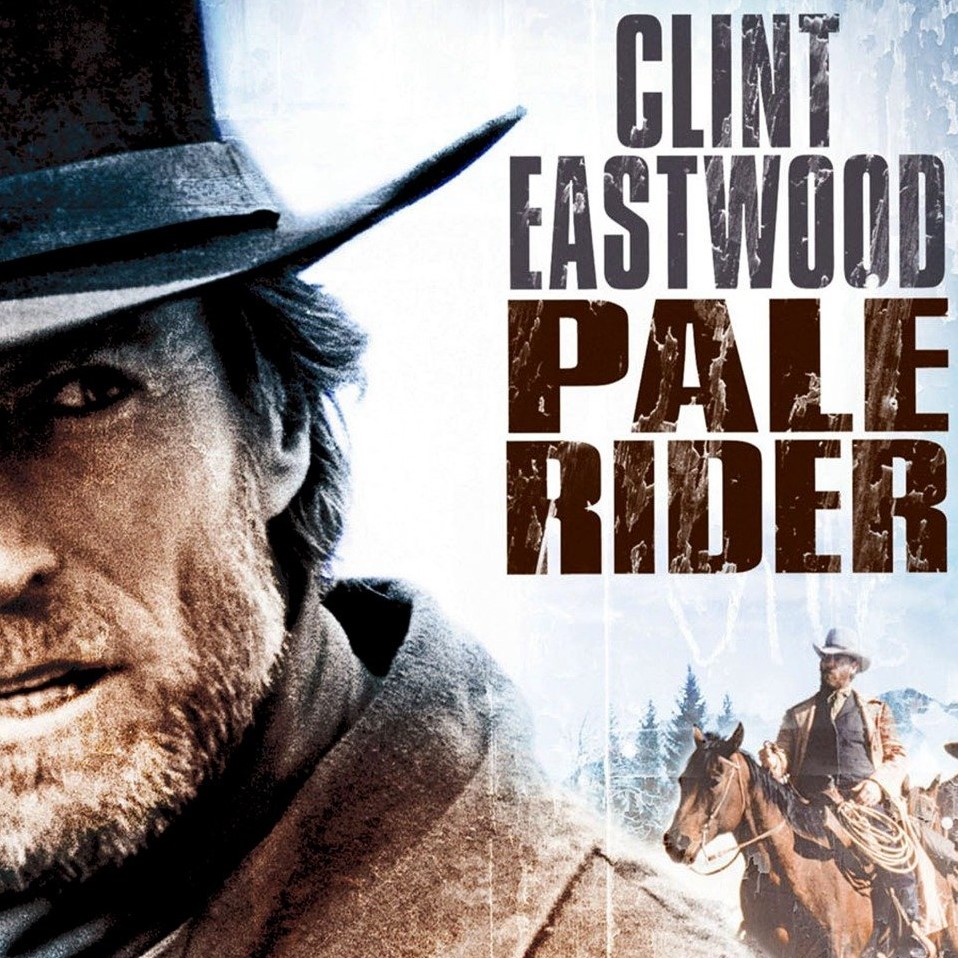 When property owner Coy LaHood (Richard Dysart) starts using a band of hooligans to terrorize a group of small-town gold miners into giving up their territory, an enigmatic man named “Preacher” (Clint Eastwood) arrives in town to fend off the attacks and to negotiate with LaHood. When the miners, led by Hull Barret (Michael Moriarty), refuse the terms, LaHood sends in Marshall Stockburn (John Russell) to take down Preacher and the others.

“Pale Rider” is a considerble achievement, a classic Western of style and excitement.” – Roger Ebert ★★★★

“Eastwood serves it up with authority, fine craftsmanship and a frequent sense of fun” – Variety