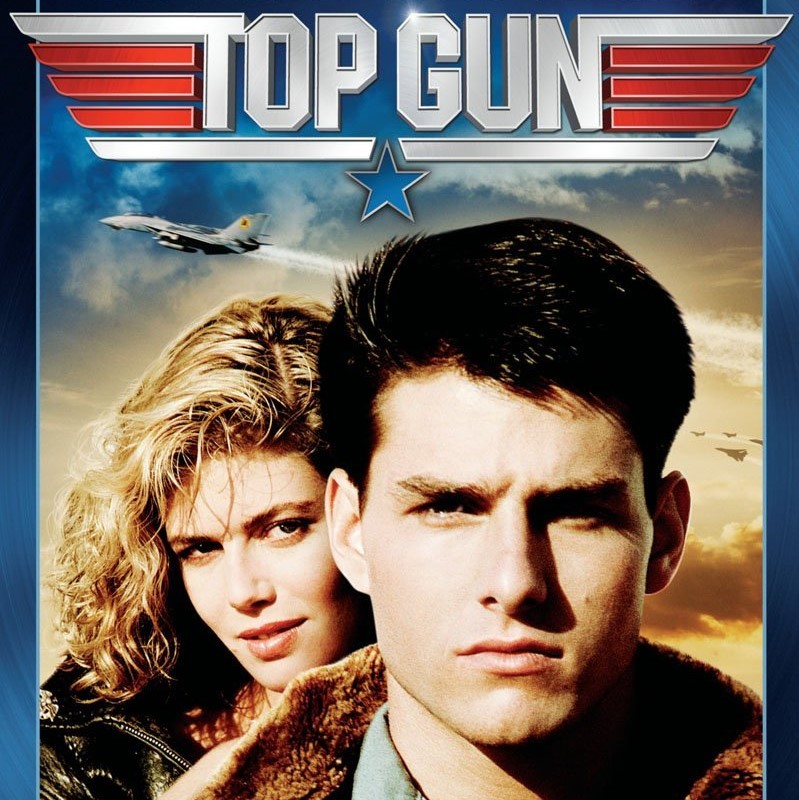 We are joined for a Q&A following this special screening of Top Gun by Ron Burrows who is a former RAF Group Captain, fighter pilot and test pilot.

Ron flew with the US Navy on the fighter-types featured in Top Gun. He flew Hawker Hunters operationally and has test flown many other fast jets such as Harrier, Phantom, Tornado, Buccaneer, Jaguar and more.

The Top Gun Naval Fighter Weapons School is where ‘the best of the best’ train to refine their elite flying skills. When hotshot fighter pilot Maverick (a youthful Tom Cruise) is sent to the school, his reckless attitude and cocky manner put him at odds with the other pilots, especially the cool and collected Iceman (Val Kilmer). But Maverick isn’t only competing to be the top fighter pilot, he’s also fighting for the attention of his beautiful flight instructor, Charlotte Blackwood (Kelly McGillis).

If you want to know what pop-film was like in the mid-’80s, there’s no better example than this high-gloss tale of testosterone-charged flyboys and their big, fast planes. It’s packed with incredible flight sequences, especially as the fighter pilot lives in a world of 360-degree turns.

The remarkable achievement in Top Gun is that it presents these seven or eight aerial encounters which are so well choreographed that we can actually follow them most of the time which gives the viewer an insight into what it might be like to be a test pilot or even to be in a dogfight.

It is no wonder that the American Navy not only provided millions of dollars’ worth of hardware free of charge, but they also stationed recruiting officers outside suburban multiplexes to sign up recruits who were intoxicated by the thrill of the film!

“Brimming with humor and fast-paced action” – The Hollywood Reporter