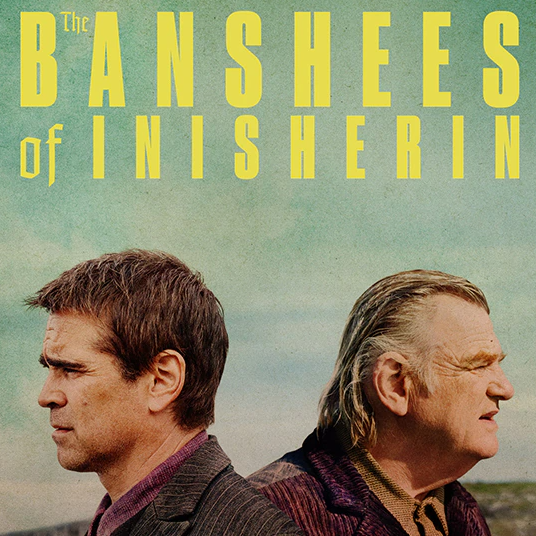 Silver Screening: The Banshees of Inisherin (2022)

The Banshees of Inisherin is a black-comedy/drama set on a remote island off the west coast of Ireland.

The story follows lifelong friends Padraic (Colin Farrell) and Colm (Brendan Gleeson), who find themselves at an impasse when Colm unexpectedly puts an end to their friendship. A stunned Padraic, aided by his sister Siobhan (Kerry Condon) and troubled young islander Dominic (Barry Keoghan), endeavours to repair the relationship, refusing to take no for an answer.

The Banshees of Inisherin was written and directed by Martin McDonagh who also gave us the hit films Three Billboards Outside Ebbing, Missouri and In Bruges.

“McDonagh’s latest is heart-wrenching in its simplicity, dark-humoured and unadorned in its sentiments”