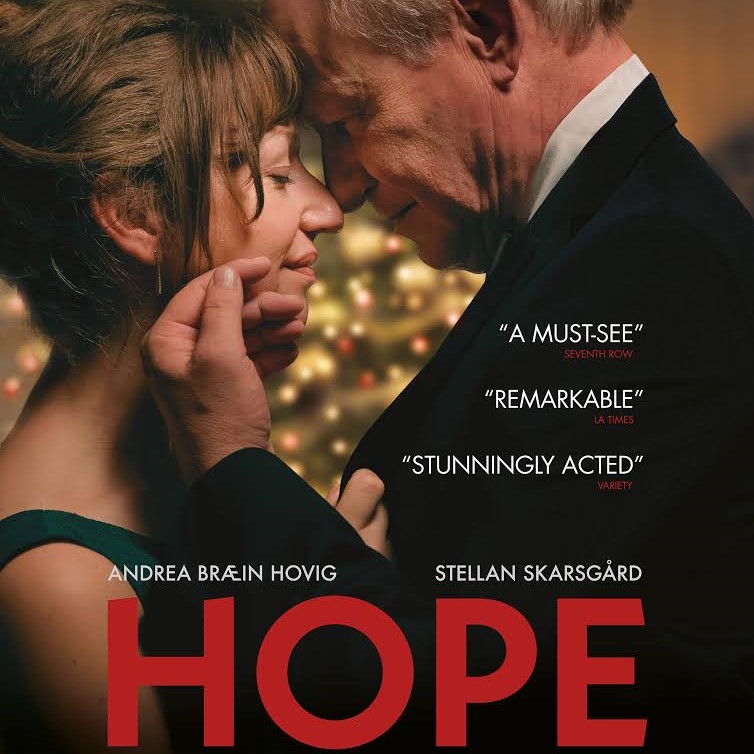 Hope was Norway’s 2021 entry to the Academy Awards. The film stars Andrea Bræin Hovig and Stellan Skarsgård, the latter of whom is very well known internationally for his roles in popular films and TV shows including Chernobyl, Dune and Mamma Mia.

Over the years, Anja (Andrea Bræin Hovig) and Tomas (Stellan Skarsgård) have slowly grown apart, their creative careers taking them in different directions and leaving their relationship distant.

Though surrounded by her children and family, when Anja receives a life-changing diagnosis her life with Tomas begins to fracture, exposing years of neglected love. Alone with her grief and her fears, Anja realises that she needs Tomas’s full help and support, and the two embark on a challenging but hopeful journey in which they discover themselves and each other anew.

This film will be shown in Norwegian and Swedish with English subtitles.

“Hovig and Skarsgard are both excellent”

“Poignant portrait of a couple facing the abyss”